Showing posts from May, 2015
Show all

The Danger of Tar and Brush

By Giselle Jakobs - May 27, 2015
I came across an article the other day which got me thinking. Richard Overy, a Professor of History at the University of Exeter wrote an article for History Today . He questioned the indiscriminate use of the word "Nazi" to describe "anything to do with German institutions or behaviour in the years of the dictatorship between 1933 and 1945" - for example, "Nazi Army", "Nazi Luftwaffe", "Nazi spies". Overy pointed out that the term "Nazi" was an abbreviation of the name for a political party - the National Socialist German Workers Party (NSDAP). Certainly there were many notorious organizations that were run under the umbrella of the Nazi party: the paramilitary Schutzstaffel (SS), the state police - Geheimstaatspolizei (Gestapo) and the intelligence organization -Sicherheitsdienst (SD). Horrific things happened under the auspices of the Nazi party - no question. But not all German institutions were run by the Nazis. The G
Post a Comment
Read more

The Interpreter & the Stenographer at the court martial of German Spy, Josef Jakobs 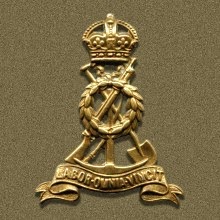 On 4 and 5 August, 1941, German spy Josef Jakobs was brought before a court martial at the Duke of York's Headquarters in Chelsea. The court martial had a panel of "judges" who were high-ranking military officers. It was there job to decide whether Josef was guilty or innocent of the charges brought against him. In addition, there was an Attorney for the Defence (Captain E.V.E. White) and an Attorney for the Prosecution (Major A.A.H. Marlowe). Finally, there was an interpreter (Lieutenant W.J. Thomas, Intelligence Corps) and a stenographer (Quartermaster Sergeant B.A. Balment, Royal Army Ordnance Corps). Information on these last two individuals is a bit sketchy. Lt. W.J. Thomas Badge of the Pioneer Corps In all likelihood, the interpreter was one Lieutenant William James Thomas, service number 7197. Tracing his service number, one finds that William was originally a private in the Royal Sussex Regiment. In August 1940, William was commissioned as a Lie
Post a Comment
Read more 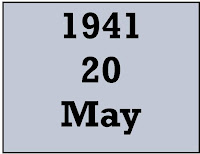 Today in 1941, Josef was interrogated in more depth about his association with Karel Richter. Karel Richter had arrived at Latchmere House on May 15 and, with Josef's help, the Camp 020 officers had managed to break Richter and extract a fair bit of information from him. On May 20, Lt. Sampson, Lt. Short and 2nd Lt. Winn sat down with Josef and questioned him further about Richter. They wanted to compare Josef's information to Richter's story. Over the next few weeks, the Camp 020 officers would play Richter and Josef against each other in a "cross-ruff". The purpose of the sessions was for each spy to "trump" the other by revealing incremental bits of information that the Camp 020 officers could then exploit.
Post a Comment
Read more 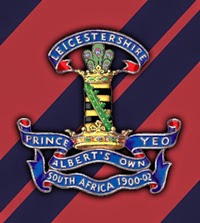 On 4 and 5 August, 1941, German spy Josef Jakobs was brought before a court martial at the Duke of York's Headquarters in Chelsea. The court martial had a panel of "judges" who were high-ranking military officers. It was there job to decide whether Josef was guilty or innocent of the charges brought against him. In addition, there was an Attorney for the Defence (Captain E.V.E. White) and an Attorney for the Prosecution (Major A.A.H. Marlowe). Early Life Eric Vincent Ewart White was born the fall of 1909 in Lewisham, Greater London. Eric was the eldest child of Bertram Ewart White and his wife Avera Emily Vincent. Bertram and Avera were married in the spring of 1909 in Wandsworth and young Eric was born a scant 6 months later. Bertram was a solicitor and was part of a successful legal practice (Reid Sharman & Co). The young couple made their home in Lewisham, London, residing on Adelaide Road in Brockley. Legal Training In the early 1930s, Eric receive
Post a Comment
Read more 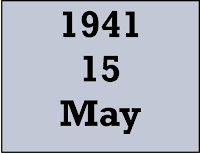 Today in 1941, Josef was groomed by the interrogators at Camp 020 to help break newly arrived spy, Karel Richter. Karel Richter had landed via parachute in the early morning hours of May 12, near London Colney. Richter promptly hid his equipment and himself for several days and nights. On the evening of May 14, he ventured forth and was quickly detained and questioned by a police constable. With his sketchy English, forged National Registration card (lacking an alien's stamp) in the name of Fred Synder and a Czech passport in the name of Karel Richter, he naturally aroused suspicion. The following morning, MI5 was notified of Richter's capture, and Major C.A. Dixon, the R.S.L.O. officer from Cambridge, delivered Richter to Camp 020. Richter proved to be rather stubborn and refused to admit anything other than the fact that he was a refugee who had landed by boat several weeks ago. Major Stephens, Lieutenant Sampson and Lieutenant Short handed Richter a photograph of Josef
Post a Comment
Read more 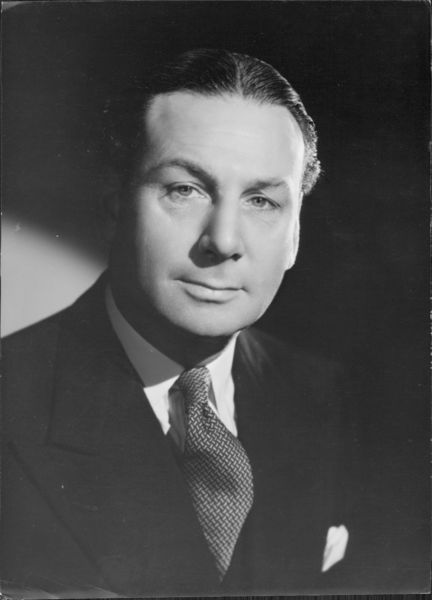 On 4 and 5 August, 1941, German spy Josef Jakobs was brought before a court martial at the Duke of York's Headquarters in Chelsea. The court martial had a panel of "judges" who were high-ranking military officers. It was there job to decide whether Josef was guilty or innocent of the charges brought against him. In addition, there was an Attorney for the Defence (Captain E.V.E. White) and an Attorney for the Prosecution (Major A.A.H. Marlowe). Early Life Anthony Alfred Harmsworth Marlowe was born 25 October, 1904 in Camberwell, London. Marlowe was the youngest child of Thomas Marlowe and his wife Alice Warrender. Thomas was a journalist and editor of the Daily Mail, a position he held from 1899 to 1926.  Thomas chose to give his youngest son the middle names "Alfred Harmsworth" to honour the Daily Mail's founder, Alfred Harmsworth. Marlowe's family was quite well off, with several servants, a necessity given that Thomas and his wife ended up having
Post a Comment
Read more 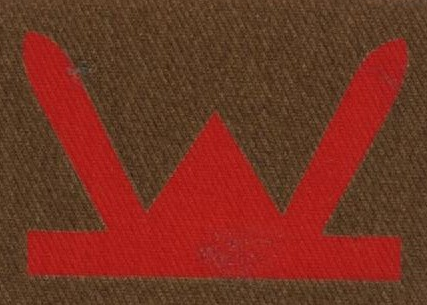 German spy Josef Jakobs was tried by court martial on 4 and 5 August, 1941 at the Duke of York's Headquarters in Chelsea. The President of the Court Martial, the five Members of the Court and the two waiting Members (if required) would decide his fate. The Manual of Military Law contained the Rules of Procedure governing the General Court Martial. Officers selected to serve as members of the court could be disqualified for a number of reasons including if they had a personal interest in the case. The members of the court were to be chosen from different corps and four of the officers could not be below the rank of Captain. The officer convening the Court Martial, in this case, George Mervyn Cornish , Officer Commanding Grenadier Guards, Holding Battalion, chose officers with the assistance of Director of Personal Services, Maj. General C.J. Wallace. Major General B.T. Wilson C.B., D.S.O. The first person selected for the court martial was the President. In mid-July, the Dir
Post a Comment
Read more 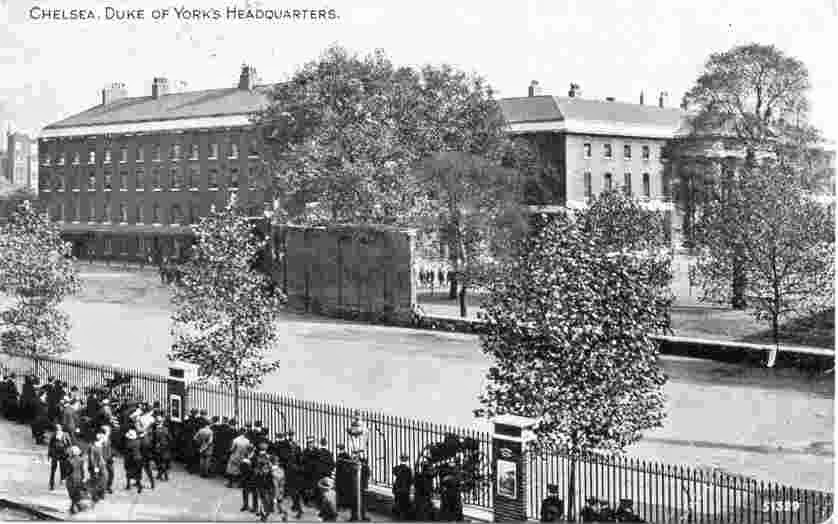 In early August, after weeks of preparation, the wheels of the British military establishment finally turned to Josef's court martial. The trial took place on 4 and 5 August, 1941, at the Duke of York's Headquarters , the halls of which bustled with decorated soldiers and bewigged lawyers. Postcard of Duke of York's Headquarters, Chelsea. The court martial tribunal was made up of one President, five sitting Members and two waiting members. The Waiting Members were generally not required but were available in case anything should befall one of the Members or if the accused objected to a Member. In Josef's case, the tribunal was composed of: President   Major-General B.T. Wilson, C.B., D.S.O. Members   Brigadier F.A.M. Browning, D.S.O., Commander 24th (Guards) Independent Brigade Group   Col. E.W.S. Balfour, D.S.O., O.B.E., M.C., Commanding Scots Guards   Lt. Col. H.H. Cripps, D.S.O., Officer Commanding, Infantry Training Centre, Royal Fusiliers   Major R.O
Post a Comment
Read more
More posts