Showing posts from September, 2015
Show all

Another Clue in Tracing the Enigmatic Clara Bauerle 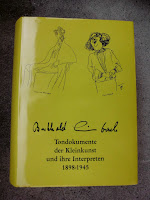 Tondokumente der Kleinkunst und ihre Interpreten: 1898-1945 (Berthold Leimbach) A few weeks back, I tracked down a resource that possibly had fresh information on Clara Bäuerle . If you recall, Clara is considered by some researchers to be a potential candidate for the mysterious Bella in the Wych Elm. Several online resources, however, indicate that Clara died in Berlin on 16 December, 1942. I've been trying to dig up information to substantiate that date. This new resource: Tondokumente der Kleinkunst und ihre Interpreten: 1898-1945 (privately published by Berthold Leimbach in 1991) had a page on Clara Bäuerle, a portion of which was visible on Google Books. Tondokumente der Kleinkunst - page on Clara Bauerle This rather obscure book isn't available in North America, so I had a cousin track it down in the Staats Bibliothek zu Berlin (Berlin State Library). After much anticipation, my cousin sent me a scanned image of the relevant page. The image shows: To
2 comments
Read more

German Spy, Josef Jakobs breaks into the world of Fiction 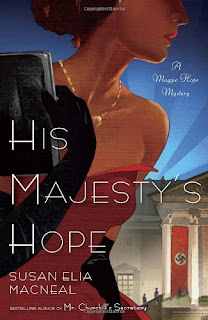 His Majesty's Hope - Susan Elia MacNeal (from Amazon.com) Josef Jakobs has broken into the world of fiction. Susan Elia MacNeal, an American novelist, has written a mystery series that features heroine Maggie Hope. Maggie swirls through the espionage corners of Britain. In His Majesty's Hope, Maggie takes on an undercover mission behind enemy lines in Germany. While Maggie is tip-toeing through the minefield of Nazi Germany, a dialogue takes place in London between a man named Hugh and John Cecil Masterman (chairman of MI5's XX Committee): ************************** “What about those who won’t turn?” Hugh asked. He knew about one captured German spy in particular, Josef Jakobs, who had parachuted into Ramsey in Huntingdonshire in January. Jakobs had been picked up by the Home Guard, who found that he’d broken his ankle when he landed. When arrested, he was still wearing his flying suit and carrying forged papers, a radio, British pounds, and a German sausage. “
Post a Comment
Read more

Red Herrings in the hunt for German Spy, Josef Jakobs 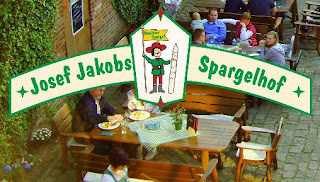 Asparagus and Flying Aces - these are the two red herrings that can lead one astray in a search for information on Josef Jakobs. Google Search is a wonderful tool but it doesn't always return the best search results. There are tips and tricks that you can use to improve the search results. First, one must realize that Josef Jakobs/Jacobs is a fairly common name in Germany and the Netherlands. Fortunately, search results generally return only the more "famous" results. Josef Jakobs - Spargelhof One of the primary red herrings in the hunt for Josef Jakobs is a place near Berlin called " Josef Jakobs - Spargelhof " - essentially "Josef Jakobs - Asparagus-farm". Back in 1996, some entrpeneurs purchased a rundown Bauernhof (farmyard) near Beelitz and transformed it into a mecca for asparagus lovers. A quick perusal of their menu reveals that everything is made with asparagus. Here in Canada, the "good" aspargus is pencil-thin and green.
Post a Comment
Read more 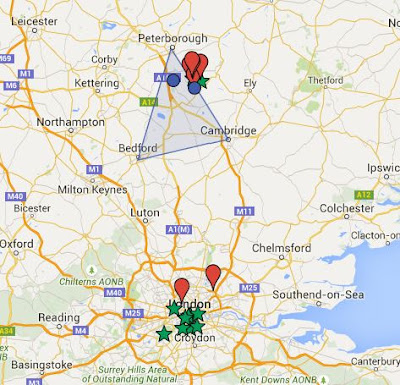 During his time in England, Josef was held, or taken to, various locations in Cambridgeshire and London. In the interests of clarity, I have created a Google Map with these locations marked on it. If you follow the link to the map, you'll find that it is interactive. Zoom in and click on the various markings for a bit of information about each location and how it played a role in Josef's case. I'll be updating the map on occasion and probably extending it to Continental Europe. Google Map - Retracing the Footsteps of Josef Jakobs in England    Retracing the Footsteps of German spy, Josef Jakobs Image of the Google Map .
Post a Comment
Read more 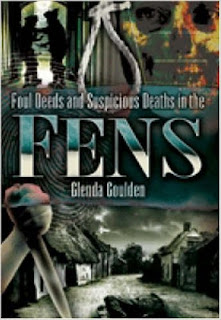 The Book Foul Deeds and Suspicious Deaths in and around the Fens; Glenda Goulden; Wharncliffe Books, Barnsley, South Yorkshire. 2008. Review Every once in a while, I come across a "true crime" book that makes me shudder, not because of the gory crime scenes but because of the poor research. This is one such book. First,a confession, I did not read the entire book, only Chapter 14 in which the author relates the dramatic capture of two sets of German spies in the fens of Cambridgeshire. The first story purports to tell the tale of Wulf Schmidt (later double-agent TATE). Apparently a Home Guard Volunteer met two men in Danish uniform walking along a road near Willingham. He gave them directions to the village but was uneasy about their story. The authorities were contacted and guards from nearby RAF Oakington arrived to take the two men into custody. One man hung himself at Oakington while the other (Schmidt), was found to be a reluctant spy during interrogation at O
Post a Comment
Read more
More posts