Showing posts from December, 2015
Show all

German Spy equipped with Two and a Half Pounds of Chocolate 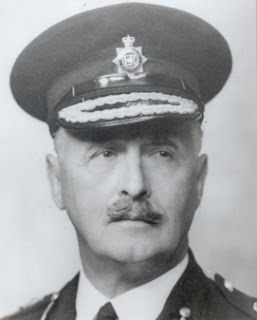 Recently I've reestablished contact with Martyn, grandson of Horace Jaikens, the police officer who was in charge of the Ramsey Police Station when Josef was captured. Martyn is a war history buff and a great source of information on Ramsey and the surrounding area.

Last week, Martyn sent me some information from a book that detailed a bit of the history of the Huntingdonshire Constabulary (H.C.). There were some great group pics of the Ramsey police detachment as well as a letter from the Chief Constable of the H.C. dated February 17, 1941. Captain J. Rivett-Carnac was writing to all the police detachments informing them of Josef's capture. In his report, Rivett Carnac included a very detailed list of Josef's possessions, in some aspects, more detailed than the others drawn up by Jaikens and MI5. Let's take a look
pocket knife with wide blade, brown wooden handle, blade stamped "Swing"oblong wristwatch stamped "9321 Fond Acier, Inoxidable"dictionary…
Post a Comment
Read more

N.B. I posted a blog in April 2019 with new information that seems
to confirm his real name was Kurt Karl Goose
On rare occasions I get distracted by the stories I encounter which are technically peripheral to my research into Josef Jakobs. One of those stories is that of double agent GANDER (GOOSE).

Information on GANDER is sketchy at best. There is no MI5 file on him in the National Archives, which is rather odd. References to GANDER in the literature are short but the basic line of the story is this:

GANDER was a German soldier who landed near Wellingborough (Northamptonshire) in early October 1940. He was apprehended by local farmers and eventually taken to Camp 020 where he admitted that he had been recruited to report on the weather, morale and road blocks. He told Major Robin W.G. Stephens, commandant of Camp 020, that he had no intention of carrying out his mission but wanted to get back to America where he had spent several years as a student. He quickly agreed to serve as a…
Post a Comment
Read more 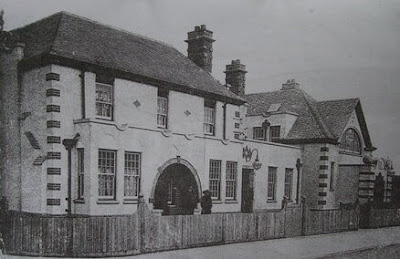 On 1 February, 1941, German spy Josef Jakobs was apprehended by members of the Home Guard, after he shot a pistol to attract attention. Having broken his ankle during the parachute descent, Josef was searched and taken into the custody of the Ramsey Police.

A farm cart transferred Josef to the Ramsey Police Station on 4 Blenheim Road. Here, Josef was searched more thoroughly and seen by the local doctor who braced his broken ankle.

The Ramsey Police Station has changed little over the decades and looks like it would have had a very interesting history. Unfortunately, other than a few photographs, I've been able to discover nothing about this handsome building on the internet.

In 2012, I visited Ramsey in the company of Winston Ramsey of After the Battle Magazine. The building is virtually unchanged, at least on the outside and is still used by the Cambridgeshire Police Force.

Looking at the old and new pictures, and playing the game of "what is different", one can see t…
Post a Comment
Read more 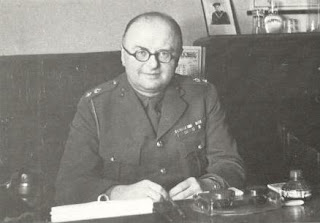 Over a year ago, I wrote a blog post about Lt. Col. William Edward Hinchley Cooke, an MI5 officer who helped catch and prosecute numerous spies during World War II. Hinchley Cooke picked up the nickname "Cookie" during his career, a rather innocent term for such a dedicated and dangerous MI5 officer.

While I have been moderately successful in tracing most of the MI5 officers who were involved in the interrogation and prosecution of German spy, Josef Jakobs, two have proved to be more challenging.

Lt. Col. Robin William George Stephens, former commandant of MI5's World War II interrogation centre at Latchmere House (a.k.a. Camp 020 or Ham Common) was born in 1900 in Egypt to British expats. After about 1960, however, Stephens' trail runs cold; when and where he passed away is still a mystery.

With Cookie, we have the opposite problem. The circumstances surrounding his death are well known. He dropped dead of a massive heart attack in the street outside his home in Ma…
Post a Comment
Read more

The Spymaster and his Wife 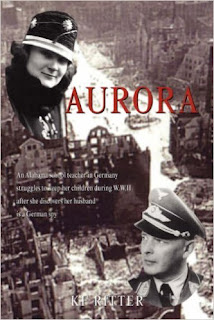 A couple of weeks ago, I wrote a blog about German spymaster Nikolaus Ritter and his American wife, Mary Aurora Evans. I based the blog on information I had dug up on Ritter as well as several book reviews on Aurora's biography (written by her daughter, Katharine (Ritter) Wallace).

The biography sounded quite fascinating and I ordered a copy through AbeBooks.com, my go-to-source for second-hand books. As luck would have it, there was a copy at a Goodwill store in California, which was reasonably priced.

The book arrived last week, and I have been reading it with interest. The author provides quite a bit more information on what Nikolaus Ritter did during his time in America, a lot of odd jobs which he often left after a few weeks or months. It sounds like he was a bit of a Prussian aristocrat who didn't like to be ordered around. Also turns out he was a bit of a free-loader, living off of Aurora's income while in the States. Fascinating glimpse of another side of the man…
Post a Comment
Read more
More posts