Showing posts from June, 2014
Show all

Happy Birthday Josef Jakobs! On this date, 116 years ago, Josef Jakobs was born in Luxemburg City. His parents both had long German pedigrees and Josef too was a German citizen. Form Letterhead for extract from Luxemburg Birth Records (copyright G.K. Jakobs) Luxemburg City was only a few dozen kilometres from the border with Germany and easily accessible from the ancient German city of Trier. In 1941, Josef celebrated his 43rd birthday within the confines of Camp 020, the MI5 interrogation centre. It would be his last. Map showing location of Luxemburg City (lower left) and Trier (upper right). (from Google Maps.)
Post a Comment
Read more 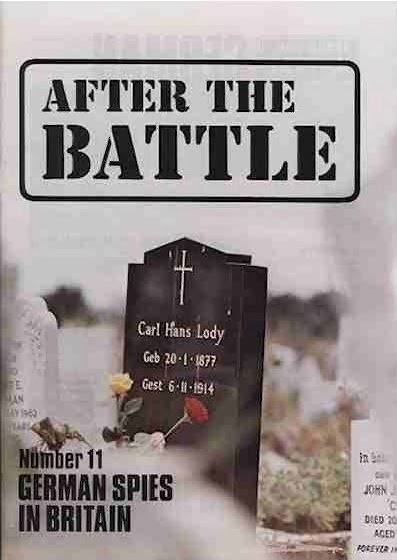 The Magazine German Spies in Britain, After the Battle, volume 11, Battle of Britain Prints International Ltd., 1976. Review In 1976, After the Battle Magazine published an edition that featured on German Spies in Britain. The series of articles focused on World War II spies and fleshed out a lot of their stories. A two-page spread was devoted to Josef Jakobs. The first edition of the magazine mistakenly indicated that Jakobs had landed in North Stifford, but that was corrected in a subsequent edition. Given the fact that this edition was published decades before any of the MI5 files had been declassified, it represented quite an accomplishment for the editor-in-chief, Winston Ramsey. Naturally, given the lack of primary resources, some of the information is inaccurate, but on the whole, the article was very well done. It turns out that Jakobs was not held in a cell at the Tower of London prior to his execution, but was held in Wandsworth Prison until the morning of his exe
Post a Comment
Read more

Cover of Historical Dictionary of World War II Intelligence. The Book Historical Dictionary of World War II Intelligence, Nigel West, Scarecrow Press, Lanham, Maryland, 2007. Review As the name indicates, this is dictionary style book that gives short summaries of various people and places related to World War II Intelligence. This style of book is generally a great reference resource, with a myriad number of short, topical extracts. The section on Josef Jakobs has only a couple of minor errors. Despite that, the article is accurate and provides a connection with double-agent SNOW and demonstrates how newly-arrived spies were already expected by the British. JAKOBS, Josef. A 43-year-old German dentist, Josef Jakobs was a parachute agent who landed in a potato field in Huntingdonshire on 1 February 1941 [Correction - He landed 31 January] . He was court-martialled in August 1941 and shot at the Tower of London 10 days later. His imminent arrival had been signaled to
Post a Comment
Read more 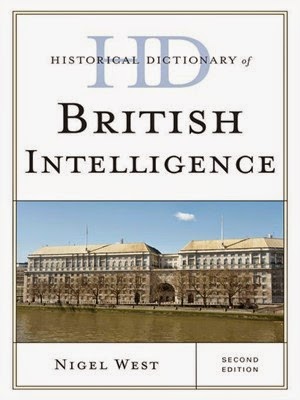 Cover image of Historical Dictionary of British Intelligence by Nigel West. The Book Historical Dictionary of British Intelligence (second edition), Nigel West, Scarecrow Press, Lanham, Maryland, 2014. Review As the name indicates, this is dictionary style book that gives short summaries of various people and places related to historical British Intelligence. The first edition was published in 2005. This style of book is generally a great reference resource, with a myriad number of short, topical extracts. Unfortunately, the short section on Josef Jakobs contains some factual errors. JAKOBS, JOSEF . The only German to be executed by a firing squad in the Tower of London during World War II, Josef Jakobs was an Abwehr spy who was arrested soon after he had parachuted into a field near Ramsay in Huntingdonshire in April 1942 [Correction - landed 31 January 1941] . He badly fractured his leg upon landing and, after an initial interview at Camp 020, was treated at Greenwich Hos
Post a Comment
Read more

The Tower of London's Shed of Death 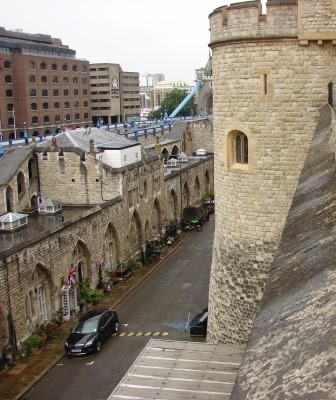 During World War I and World War 2, a dozen German spies, including Josef Jakobs, were executed by firing squad at the Tower of London. Ten of the executions took place in the miniature rifle range and two took place in the Tower moat. Constable Tower with a view of the carport which stands upon the location of the former miniature rifle range. (Copyright 2012 G.K. Jakobs) More than one Rifle Range? When one hears of the miniature rifle range at the Tower of London, one naturally presumes that there was only one. The miniature rifle range to which everyone refers was located along the east side of the outer ward between Constable Tower and Martin Tower. It is a well known fact that this particular rifle range was torn down in 1969 and replaced by a pre-fabricated office building. The office building, in its turn, was eventually removed and replaced by a carport. If one peers over the inner wall of the Tower, and looks into the outer ward, one can just see the top of the carpo
Post a Comment
Read more 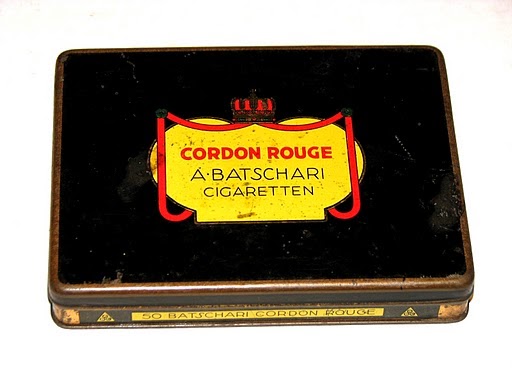 Upon his capture near Ramsey, Huntingdonshire on 1 February, 1941, Josef Jakobs was found with several smoking accessories in his possession. One of the Home Guard volunteers who found Jakobs said that he was surrounded by used cigarette butts (about 30) and that his lighter was empty. During his imprisonment at Camp 020, the British interrogation centre, Jakobs requested an increase in his cigarette ration as 10 cigarettes a day was not enough for him. Clearly he was a heavy smoker. Example of a Cordon Rouge cigarette tin from A. Batschari Company. Packet of Cigarettes Jakobs was carrying a packet of Cordon Rouge cigarettes. The packet contained 20 cigarettes and was marked American Blend (No. 3525). Cordon Rouge simply means Red Ribbon and is most commonly associated with Cordon Rouge champagne and Cordon Rouge Grand Marnier. There was cigarette manufacturer in Germany who manufactured a Cordon Rouge brand of cigarettes, A. Batschari. The company was based in Baden-Baden
2 comments
Read more 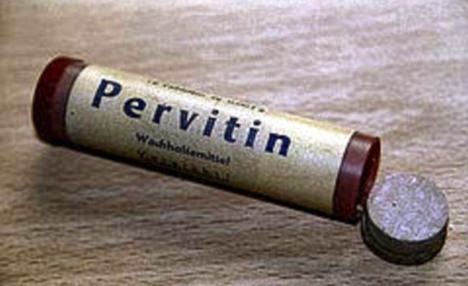 When Josef Jakobs was captured near the village of Ramsey on 1 February, 1941, several tablets (pills) were found in his possession. The British Security Service (MI5) thought that they might be useful for secret writing. Jakobs denied this and said that the pills in his possession were codeine and aceticone (both useful for coughs) and pervitin (to help one stay awake). On 5 February, an MI5 officer sent the tablets to Lord Rothschild of B1C who was in charge of the Explosives and Sabotage section. Rothschild forwarded the tablets to the National Institute for Medical Research in Hampstead, London where they were tested. Later, on 25 April, 1941, the tablets (slightly reduced in number) were sent to the Scientific section of the General Post Office for additional testing by H.L. Smith esq. Group 1 Tablets The first set of tablets were contained within a small aluminium screw-capped tube (3.6 cm long and 1.1 cm in diameter). The tube held 25 small white tablets and 2 slightly larg
Post a Comment
Read more
More posts