Showing posts from September, 2014
Show all

Last month, I reviewed a radio show in which Punt P.I. (a gumshoe of the British airwaves) investigated the story of Bella in the Wych Elm . The radio show was quite good, but a newspaper article that preceded it had a few errors, some more glaring than others. The article, entitled Punt P.I. Investigates Midlands Riddle , was published in the Express and Star, a regional British newspaper based in Wolverhampton, West Midlands. The article has several errors but the most glaring is a reference to "Czech-born Gestapo agent Josef Jakobs". Josef Jakobs was not born in Czechoslovakia - he was born in Luxembourg to German parents, and was a German citizen. Karel Richter, a German spy who landed by parachute in England in May 1941, was born in the Sudetenland area of Czechoslovakia. Josef Jakobs was not an agent of the Gestapo, but of the Abwehr. The two organizations were very, very different. The Gestapo were the German Secret State Police, or the Geheime Staatspolizei. It
Post a Comment
Read more

Language Skills of a German Spy 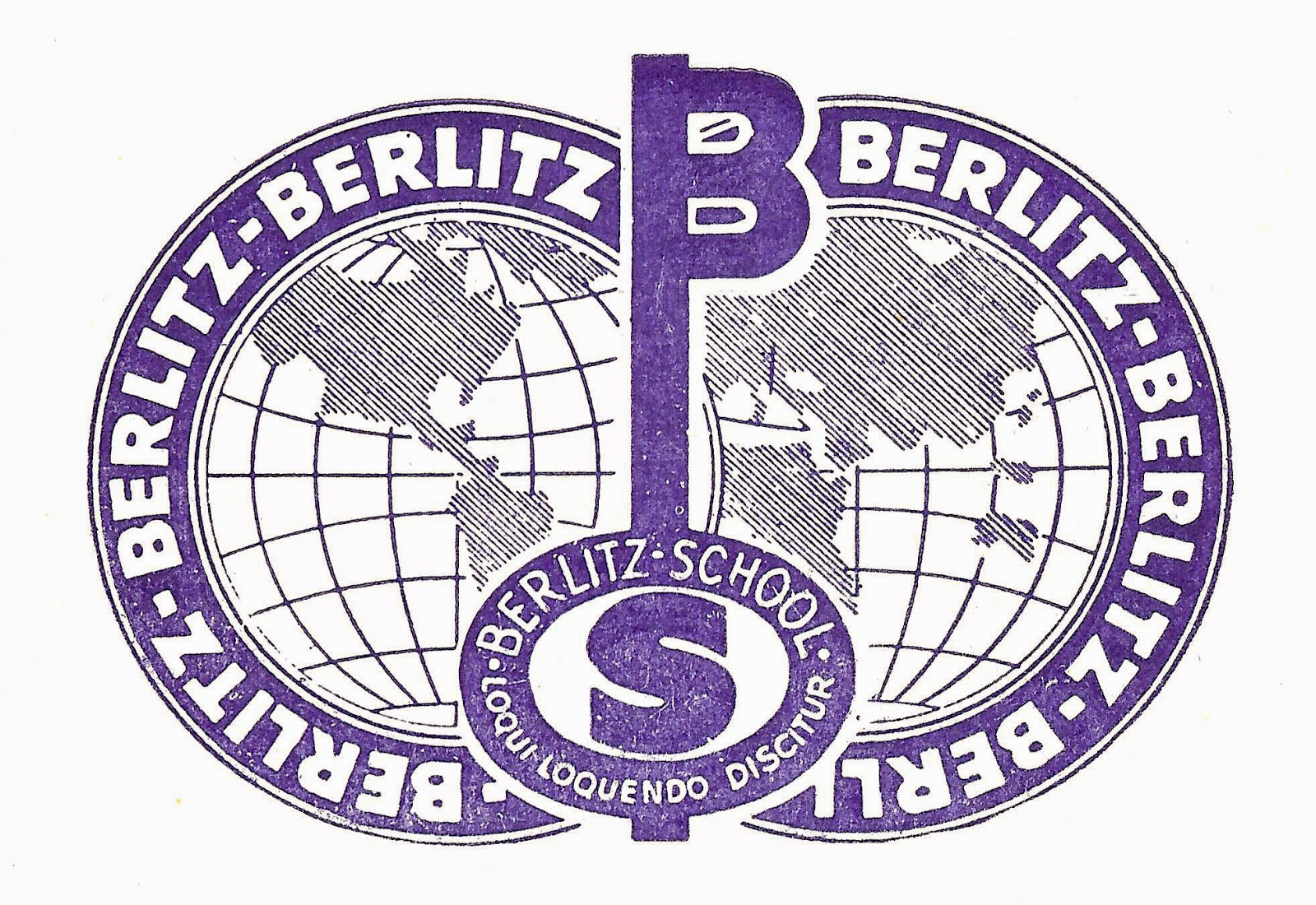 One would naturally expect that any German spy who arrived in England during World War 2 would have been relatively fluent in English. If a spy wanted to blend into English society, language would have formed an important part of their disguise. Unfortunately, most of the German spies who arrived in England were less than fluent in English. Those who could speak the language passably had obvious foreign accents. For example, of the four spies who landed along the coast of Kent in early September 1940, only one, Carl Meier, could speak a bit of English, and his was heavily accented. Logo of Berlitz Language Schools The Language Skills of Josef Jakobs Josef Jakobs didn't speak English very well. According to his own admission, he had only taken a few English classes at the Berlitz language school in Hamburg in the fall of 1940. He did have a smattering of French, a bit of Spanish and had even learned Latin and Greek in school. But English had never been part of his reperto
Post a Comment
Read more

The Tenuous Thread of Communication 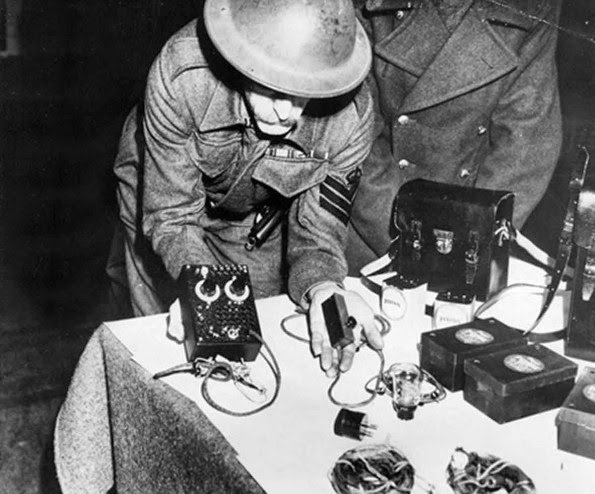 N.B. 2020 11 06 - I have since learned that that the transmitters displayed at the IWM and their captions, may not be entirely accurate. This post should therefore not be taken as accurate. I am working with some ham radio buffs who are trying to tease apart the different sending/receiving apparatus used by the spies... stay tuned.   In July 1940, Hitler ordered that preparations be made for Operation Sealion, the planned invasion of Great Britain. The German Intelligence Service (Abwehr) scrambled to place some spies in Britain who could report on coastal defenses, troop movements and the weather. Naturally the spies would need to be able to report their findings back to the Abwehr headquarters. Letters written with secret ink would have taken too long to arrive, so the spies were equipped with wireless radio transmitters. The Kentish Spies Officers displaying the S 88/5 transmitter of Kieboom & Pons. (Notice the narrow morse key in the hand of the soldier). In early Sept
Post a Comment
Read more

A Circle of Lint - Target for Death

In the early morning hours of 15 August, 1941, Josef Jakobs was seated in a wooden Windsor chair in the miniature rifle range at the Tower of London. A circular target was attached to his chest by the doctor attending. After the execution, the target disappeared. Rumours Shot at Dawn memorial (from Wikipedia ) Over the years, various stories have emerged around the target used on that fateful day. In 2000, the authors of Tales of the Tower (Donnelly & Diehl) stated that the target was a piece of black cloth cut in the shape of a heart (p. 191). Their account was, however, highly suspect given their tendency to fictionalize the story of Josef. Close-up of the Shot at Dawn memorial. (from Wikipedia ) Geoffrey Abbot, a former Beefeater from the Tower, stated that a circle of linen was used as the target. One of the Military Policemen who had guarded Josef at Wandsworth Prison, and who was present at the execution, stated that a white metal disc was used as the target.
Post a Comment
Read more 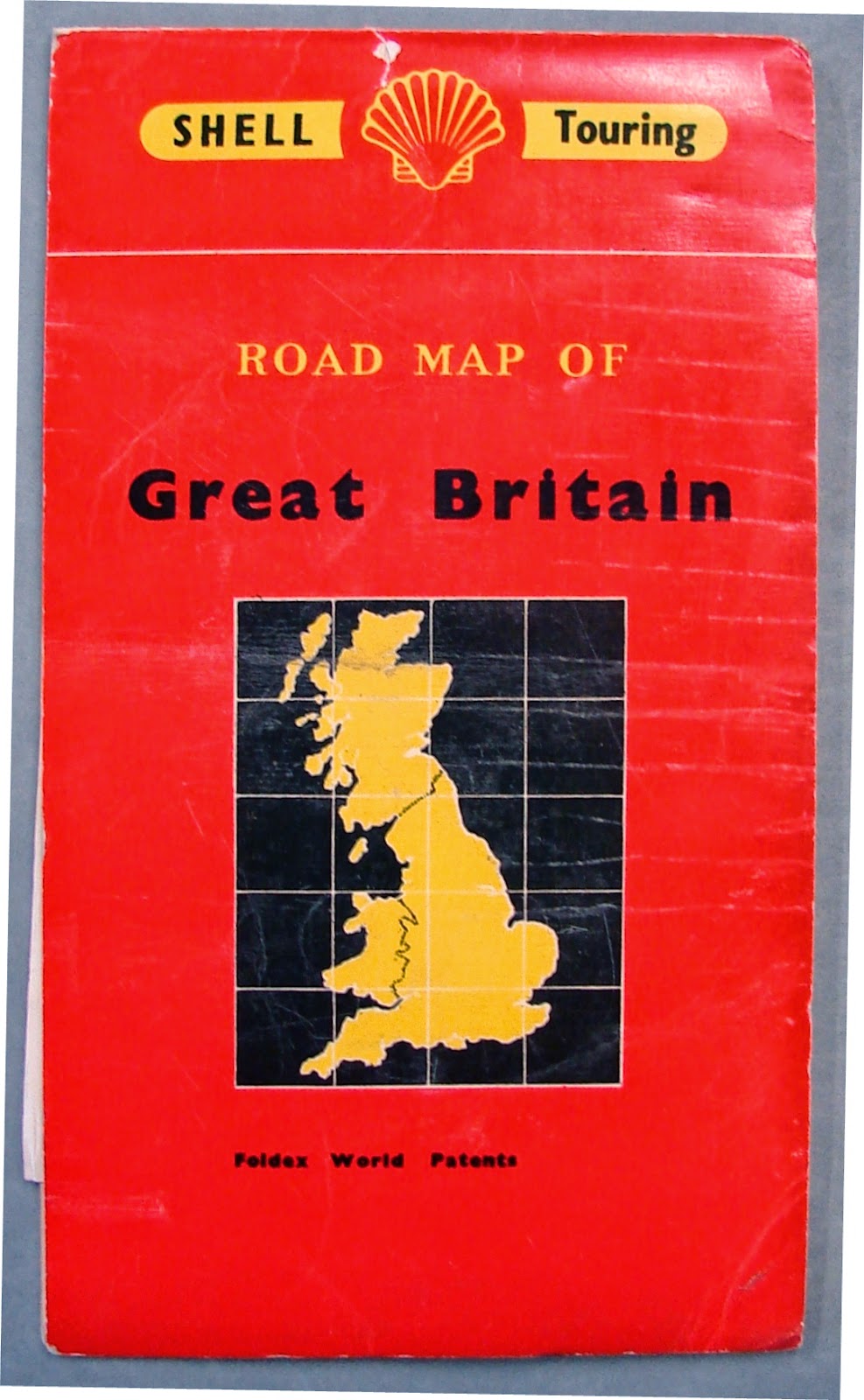 When German spy Josef Jakobs landed near the village of Ramsey on 31 January, 1941, he had planned to make his way to London. Naturally, given his broken ankle, his plans came to naught. But what if he had not injured himself, during his descent from the German aircraft. Would it have been feasible for him to make his way from the rural fens of Ramsey Hollow to the urban hubbub of London? Start Point Josef's map held at National Archives (KV 2/27) In an alternate world, Josef would have landed near Dovehouse Farm in the late evening hours of January 31. His landing place was far from any hedgerows or forests so he probably would have used his collapsible shovel to bury his parachute gear in the soft soil. Then what? It would have been extremely dark and given the black-out regulations, there would have been no lights indicating the location of neighbouring farms. He more than likely would have hunkered down in the field and waited for the grey light of morning rather
Post a Comment
Read more

By Giselle Jakobs - September 03, 2014
In researching the circumstances surrounding Josef's life and death, I have sought information from a variety of sources. One aspect of Josef's death that stymied me for the longest time was the procedure for a military execution by firing squad. It was easy enough to find an American military procedure, less easy to find a British procedure. Last year I wrote to the curator of the Royal Military Police Museum seeking information on the squad of Military Police who guarded Josef during the last few weeks of his life. The curator of the museum kindly sent along three pages from the Military Police Manual published in 1950. He noted that while the museum did not have the equivalent manual for the War (World War 2), in essence it would have been the same procedure. The 1950 procedure for military executions helped to clear up a couple of points of contention that have crept up repeatedly around Josef's execution. Seated or Standing Many articles and books state that Jos
2 comments
Read more
More posts