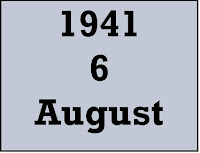 Josef had requested the services of a Catholic priest when he met with Lt. Col. Hinchley Cooke on July 31. The part-time Catholic Chaplain at Wandsworth Prison had tried to visit Josef but had been told that since Josef was a military prisoner, the chaplain would have to consult military authorities. Letters had flown back and forth and the chaplain had apparently received permission to visit Josef but by July 31, Josef had still not received spiritual care.

Lt. Col. Hinchley-Cooke moved quickly and by August 5, military chaplain Fr. Griffith had been pegged as a good option given that he spoke German. Fr. Griffith was recalled from Liverpool where he was ministering to German POWs at a hospital in Knutsford. Arriving in London on August 6, Fr. Griffith would minister to Josef until his execution, and ultimate burial.