Showing posts from April, 2017
Show all

A Blog, a Podcast and a YouTube Video explore Bella in the Wych Elm

Clara Bauerle My goodness... how people love an unsolved mystery. I guess there is a fair bit of fun in speculating on solutions. Bella in the Wych Elm generates a fair bit of blog posts, articles, podcasts and videos out there. I've come across a couple more recently... Oh How Peculiar   A blog post on Tumblr notes the usual possibilities - prostitute, Dutch member of a spy ring, victim of a witch's coven and... of course... that she was Clara Bauerle: [one theory...] She was a part of a Nazi spy ring operating in the area. In declassified documents, a Nazi spy named Josef Jacobs was reportedly carrying a photograph of a woman he identified as Clara Bauerle. A music hall performer who had toured the Midlands before, he claimed that Bauerle was recruited and going to parachute into the area in 1941. Jacobs was captured before she was to have arrived and he was later executed by firing squad at the Tower of London. Investigators have been unable to eliminate Clara
Post a Comment
Read more 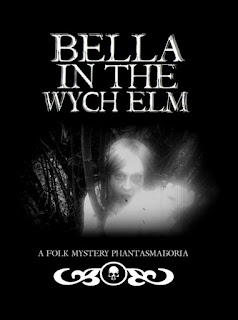 Carnie Films - Bella in the Wych Elm I know that there is an HD Paranormal film in the works about Bella in the Wych Elm but... in searching the net, I came across a link to another film, this one with Tom Lee Rutter as Writer/Director/Producer. The film, Bella in the Wych Elm , is billed as A Folk Mystery Phantasmagoria . A review of the film was done by Midlands Movies on April 12, 2017. I'm kind of keen to see this film as the reviewer notes: "In real-life the victim, whose murder was estimated to have occurred in 1941, remains unidentified but Rutter takes a very interesting premise and turns it into much more than the tale itself." Wonder what the interesting premise is... It looks like the film was just completed a week ago sooo... have to be satisfied with the Teaser/Trailer on Vimeo .
Post a Comment
Read more

Arbitrary Times logo Came across another little site called Arbitrary Times that has a short post on the Last Execution in the Tower . I'm not sure of the information source for this article but there are some inaccuracies. The last execution in the Tower of London took place during World War II when Josef Jakobs, a German soldier, was captured while parachuting into England. After a quick trial in Brixton [trial actually held at Duke of York's Headquarters] , he was convicted of espionage, brought to the Tower, held overnight [brought to the Tower on the morning of his execution] , and executed by firing squad on August 14, 1941 [Nope, August 15, 1941] . The chair in which he sat during his execution is still on display. Jakobs was one of hundreds who were executed at the Tower of London during its 900 year history , and as a result it has gained a reputation as one of the most haunted locations in Britain. [I don't know about hundreds - according to the Capital Pu
Post a Comment
Read more

Another article about Bella in the Wych Elm 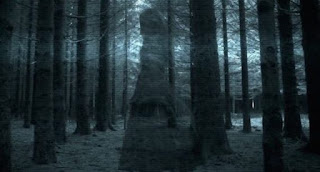 Murder and Mystery at the Witch Elm ( Any-NewsBD site ) Came across this site the other day - it has a rehash of the Bella in the Wych Elm story. Any-NewsBD - Murder and Mystery at the Witch Elm While containing many of the same inaccuracies as the original Allison Vale piece (Josef Jakob was a Czech Gestapo agent who was supposed to meet Clara Bauerle in the Midlands), this article does acknowledge the 1942 death date of Clara. In that way, it is an improvement over some of the other sites. Other theories as to the mysterious murder also hinge on the spy idea. In 1941, a Czech [German, not Czech - Karel Richter was the Czech agent] agent of the Gestapo [Abwehr - not Gestapo. The Abwehr was the Military Intelligence arm of the Germany Armed Forces. The Gestapo was the Nazi State Secret Police. Two very different organizations.] named Josef Jakobs was arrested after covertly parachuting into Cambridgeshire, England. Authorities found on his person a photograph of a German
Post a Comment
Read more
More posts