Showing posts from August, 2020
Show all

I received a message from Google saying that my blog would not be indexed because it was not mobile friendly. Sigh. I have been toying with different blog templates all evening and have settled on this new look. There are a few hiccups, like anything that was formatted as a quote ends up being large, italicized font. Ah well...
Post a Comment
Read more 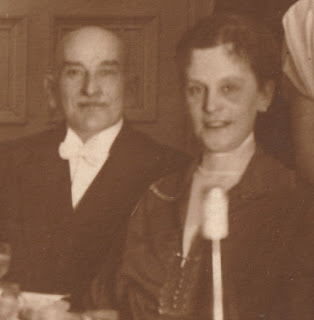 During his court-martial, Josef told the court that he had direct Jewish ancestors. This was quite a revelation, as he had earlier told military interrogators that he was not Jewish. His court martial testimony, that his own grandfather was Jewish, seems like a desperate bid to gain the sympathy of the court. My own genealogical research has definitively shown that Josef's ancestry, on both sides, is Catholic well back into the 1500s. At various points during his interrogations and court martial testimony, Josef also mentioned that his "father-in-law" was Jewish. In actual fact, it was Josef's step-father-in-law who was Jewish, a man named Abraham Wolfgang Elkan. When I published my book on Josef Jakobs, I told a bit of the tale of Elkan and, while I knew he had died before 1943, the year that his wife (Therese (née Knöffler) Elkan) passed away, I did not know the circumstances of his passing. Had he perished in a concentration camp? What Josef did not mention durin
Post a Comment
Read more

The Jewish Boy who Escaped the Nazis 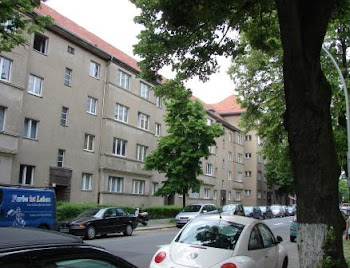 My father, Raymond Jakobs, was the son of Josef Jakobs. Born in the early 1930s, my father didn't really know his own father at all. Josef was either traveling or locked up in Swiss prisons or German concentration camps. My father was only 8 years old when Josef departed on his mission to England. Twenty years ago, I sat down with my father and interviewed him about his memories of growing up in wartime Berlin. It wasn't a pleasant story. There was one vignette from his life that has stuck with me over the years, the story of a young Jewish boy with whom my father used to play. I'll let my father tell the story as I heard it from him. Rudolstädter Strasse - Copyright 2012 - G.K. Jakobs Shortly after we moved to the Rudolstädter Straße [they moved there on 1 Oct 1938], I started playing with a boy, named Gerhard Drucker. He was a bit older than me, and taller and heavier. He wore thin, horn-rimmed glasses. We used to play together, and Regine (my sister) and I would go to h
Post a Comment
Read more 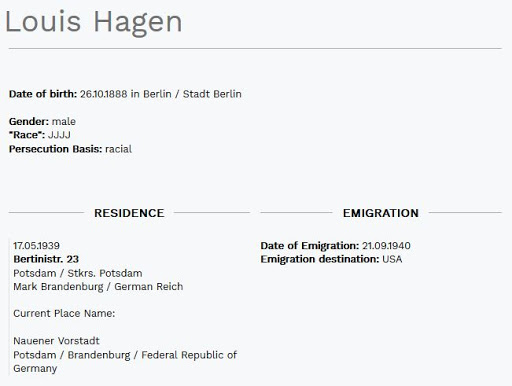 I've been doing some follow-up work on some the individuals involved in the black market passport racket run by Jürgen Ziebell in 1938 in Berlin. I had come across a possible result on the MyHeritage site and signed up for a free two week subscription. One of the resources mentioned was the 1939 German Minority Census. The MyHeritage site didn't have all of the information that one would expect from a census, so I did some more digging. My first stop was the US Holocaust Memorial Museum (USHMM) which had a reference page for the census. The German title was "Reichssippenamt Volkszählung vom 17.05.1938 durchgeführt 1939". This was the second of two Nazi-mandated censuses (the first was in 1933) designed to identify all Jewish individuals in the country. The entries on the census form included: first and last name date and place of birth race-based questions about maternal and parental grandparents level of education whether any members of the household resided outsi
Post a Comment
Read more

Follow-up to the story of Louis Georg Hagen 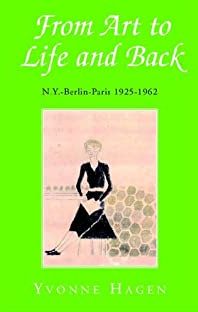 I had an email the other day from a gentleman in Norway, the son-in-law of Karl Victor Hagen! Those who read this blog regularly, may remember I did a series of blogs about Josef's involvement with a black market passport business in Berlin in 1938. One of the individuals who purchased a Finnish passport from Jürgen Ziebell was Louis Georg Hagen (father of Karl Victor Hagen). The Norwegian gentleman had been researching the Hagen clan for many years and came across my blog on Louis Georg Hagen . He was grateful for the new-to-him info on the passport business and I'm glad that my blog was able to help him with his research. He also gave me a few more family connections to the Hagen family and mentioned two books written by two women of the clan. From Art to Life and Back by Yvonne Hagen The first book is From Art to Life and Back , written by Yvonne (nee Forrest) Hagen, widow of Karl Victor Hagen. While the book doesn't seem to be focused on the family's escape from Na
Post a Comment
Read more
More posts