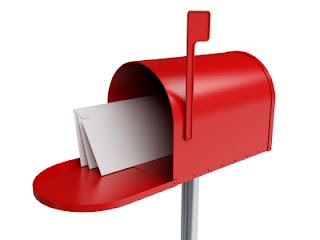 Several months ago (April!) I received an email from a German researcher, Heinz-Jörgen K.-v.H. who has been tracing the lives of the Katz family.

Those who follow this blog might recall that Lily (née Katz) Knips was a Jewish widow living in Berlin, who in 1938, was introduced to Josef Jakobs by friends.

Josef tried to convince her to buy a "legitimate" passport/visa (actually forged) from Ziebell in order to escape to England.

Lily managed to escape without availing herself of Ziebell's shady services and joined her grown-up son in London in April 1939. She left behind her sister - Elsa (née Katz) Majewski (deported to Sobibor on 13 June 1942) - and their father - Jakob Katz (died on 15 April 1942 in Hannover's Jewish hospital after a long illness).

Heinz-Jörgen had come across my post on Lily Knips and wanted to share some information about Jacob Katz's siblings.

"Perhaps you'd be interested in a little visit to Mollenfelde, a village not far from Göttingen. Jakob Katz, the father of Lily Knips, was born there. His brother Gustav had a son Iwan, who was known as a politician during the Weimar Republic. This is my main research area, but I am also interested in the family. So we were able to lay stumbling blocks for Oskar Katz and another sister, Erna Brodacz née Katz in Hannover."

I looked up Mollenfelde and it's just a few dozen kilometres northeast of Kassel where I have aunts and uncles. Who knows, once this virus lets up, I may just make a trip to Mollenfelde.

With the information Heinz-Jörgen has provided, I've pieced together a bit more about the Katz family and learned what happened to some of the aunts, uncles and cousins of Lily Knips.

The couple had several children but I've only managed to stitch together four of them:

It's always a sad thing to write these blog posts, to learn how many of them perished during the Shoah, or on their way to freedom, like Meta (née Proskauer) Katz. Their stories do need to be remembered, told and retold.